Below you will find information on the study design of CFAS II, to find more about what the study is about please visit the CFAS II homepage . The full study protocol can be found here. 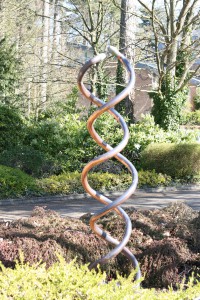 CFAS II  baseline fieldwork was conducted between 2008 and 2011, with a follow up interview conducted with participants approximately 2 years after the baseline interview.  The method of selection of the population base has been repeated from MRC CFAS.  It’s methods of measuring for health, cognition and functional ability of older people are well tried and have been shown to be feasible, reliable and valid.  There was therefore a unique opportunity to use CFAS as a baseline for differences in the next generation of the older population, not only for the young-old (aged 65-84), but also for the oldest-old (aged 85 or over), who may be very different to the generation before them.

Building on the design and infrastructure of the initial (MRC CFAS) study new cohorts were recruited, 2500 participants in each centre from Cambridgeshire (consisting of the rural area of East Cambridgeshire and Fenland, centred on Ely and surrounding villages.); Nottingham and Newcastle and followed an identical study design across England.

Studies of incidence and natural history require interviews at a minimum of two time points, sufficiently separated for change in mental/physical function to be identifiable. Two waves of interviewing have been conducted separated by a period of approximately 2 years.

CFAS II provides an opportunity to investigate the implications of change in morbidity and frailty on health itself, as well as the use of services and expenditure in health and social care in the future. CFAS II will update the evidence provided by CFAS I for a variety of policy purposes (including the Wanless review – date, ref link) the Department of Health, Department of Treasury, the Department of Works and Pensions.  CFAS II baseline data has been used in the Prime Ministers G8 summit on Dementia and the recent Alzheimer’s Society report Dementia UK update, Nov 2014 Alzheimer’s Society .