CFAS Wales is a longitudinal study looking at health and cognitive function in older people living in Wales. Funded by the Economic and Social Research Council and Higher Education Funding Council for Wales, the study builds on the design and infrastructure of the successful Cognitive Function and Ageing Study collaboration (CFAS). 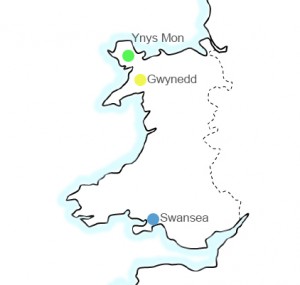 Recruitment for CFAS Wales began in 2011 with the follow up wave being completed in early 2016.

The Welsh study enhances CFAS II, which includes three sites in England, by allowing a more in-depth examination of rural-urban variations, which have been markedly unexplained in previous studies. CFAS Wales is also perfectly placed to explore the impact of policy changes under the Welsh Assembly Government.

As Gwynedd was an original CFAS I site in 1993, important questions about generational change can be ascertained through comparing the two waves of data. This is a significant resource for informing policy.

The aims of CFAS Wales are to examine:

In addition to the standard CFAS data collection, a number of additional qualitative interviews were carried out, based on life history data, 10% of the sample were asked to provide a blood sample (for vitamin B12 analysis), and a small sub-sample were interviewed regarding life-style and health behaviours.